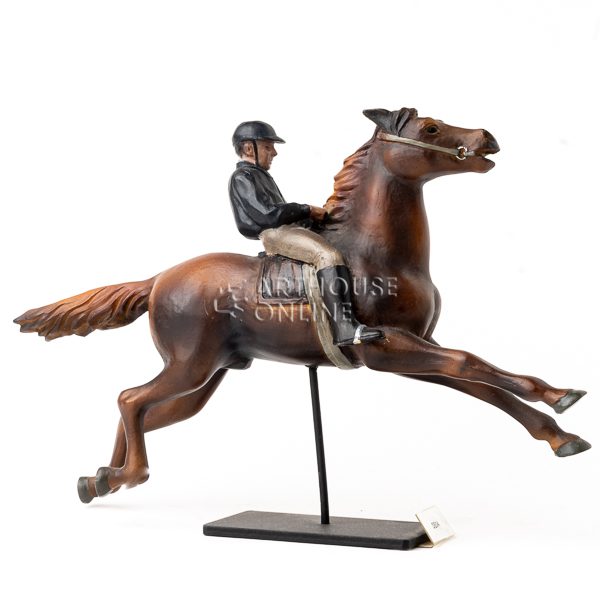 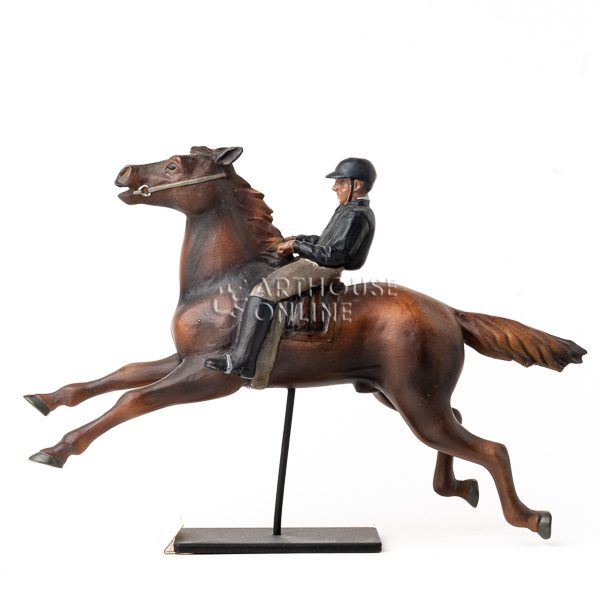 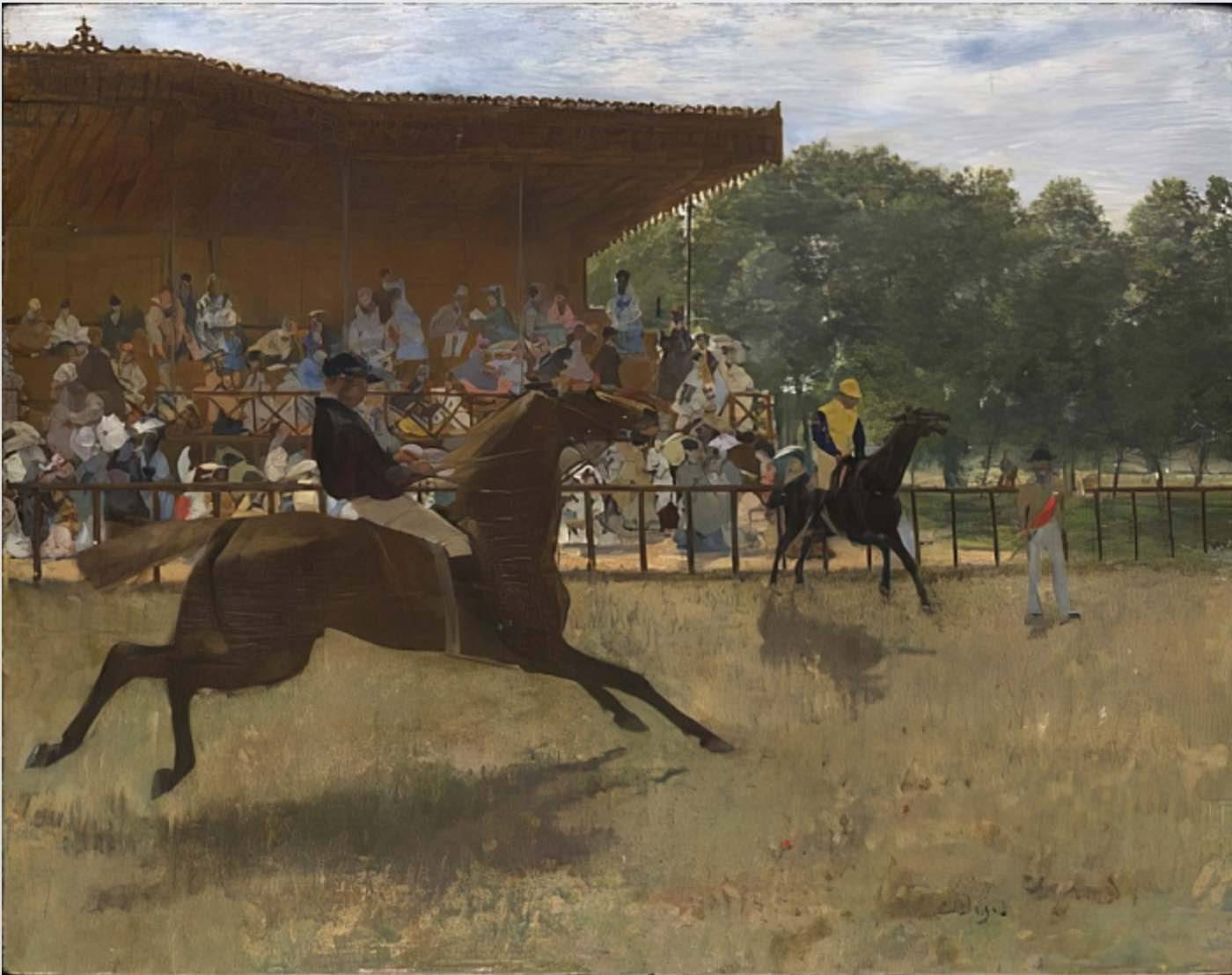 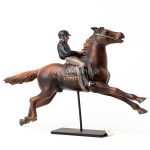 Height figurine 9 cm. In around the middle of the 19th century, horse racing became very popular in France. Dégas discovered the sport during a holiday in Normandy.

In around the middle of the 19th century, horse racing became very popular in France. Dégas discovered the sport during a holiday in Normandy. Originally he painted and drew hunting and steeplechase scenes but, in around 1870, he became a fequent visitor to the popular Longschamps racetrack on the outskirts of Paris. Just as he had an eye at the opera for the world of dancers and singers behind the scenes, Dégas also showed the jockeys and horses before and after the race. The painting entitled ‘Le Faux Départ’ (The False Start) shows a horse galloping prematurely onto the track while, in the background, a jockey is having the greatest difficulty keeping his horse under control. Although the horse is beautifully painted, Dégas made the mistake of portraying the horse’s legs as being raised off the ground. Eight years later, Eadweard Muybridge would show, in his famous series of photos of a galloping horse, that Dégas’painting does not match up with reality.