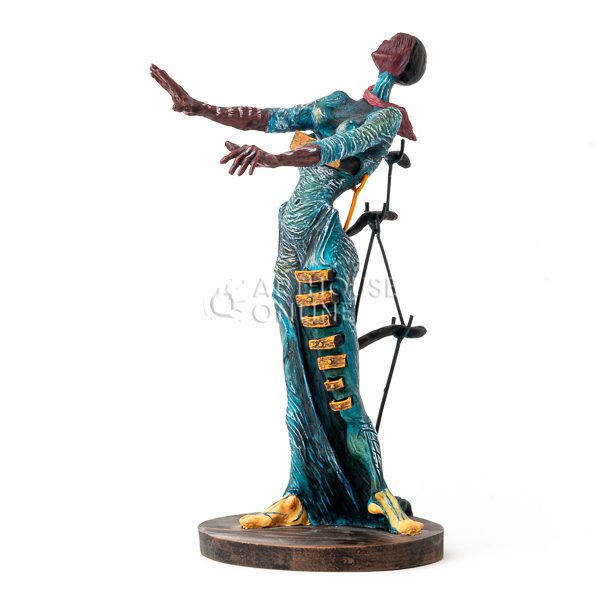 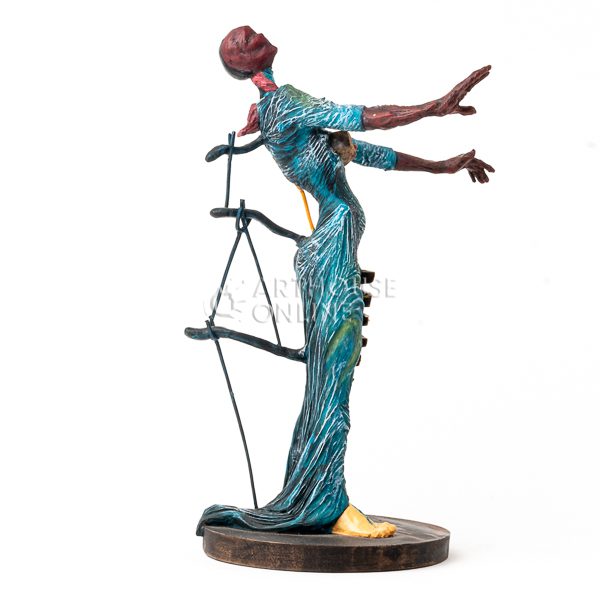 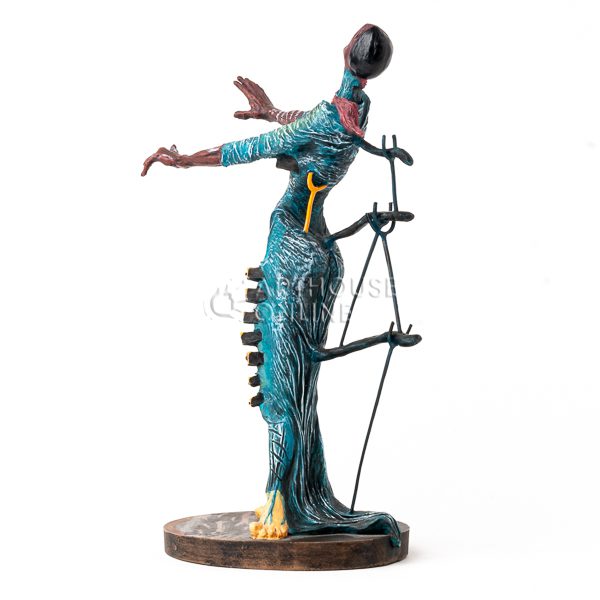 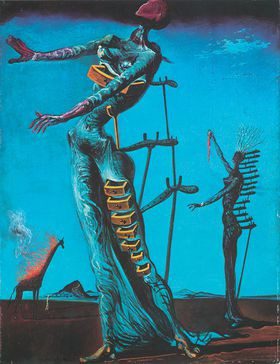 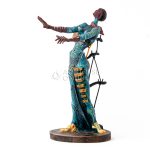 Man is full of secret drawers, only to be opened by psychoanalysis. Height 19 cm.

Man is full of secret drawers, only to be opened by psychoanalysis.

Dalí painted “Burning Giraffe” during his exile in the United States. Although Dalí declared himself apolitical, “I am Dalí and only that”, this painting shows his personal struggle with the battle in his home country. Characteristic are the opened draws in the blue female figure, which Dalí on a later date described as “Femme-coccyx” (tail bone woman). This phenomenon can be traced back to Freud’s psychoanalytical method, much admired by Dalí. He regarded him as an enormous step forward for civilisation, witness his remark. “The only difference between immortal Greece and our era is Sigmund Freud who discovered that the human body, which in Greek times was merely neoplatonical, is now filled with secret drawers only to be opened through psychoanalysis”. The opened drawers in this expressive, propped up female figure thus refer to the inner, subconscious within man. In Dalí’s own words his paintings form “a kind of allegory which serves to illustrate a certain insight, to follow the numerous narcissistic smells which ascend from each of our drawers.