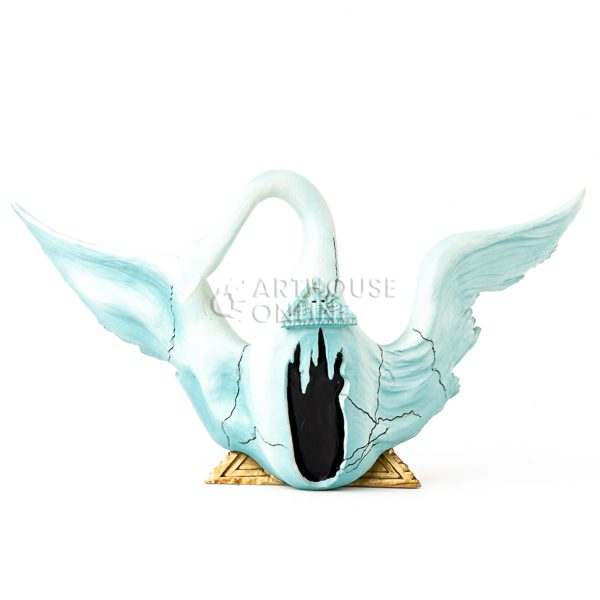 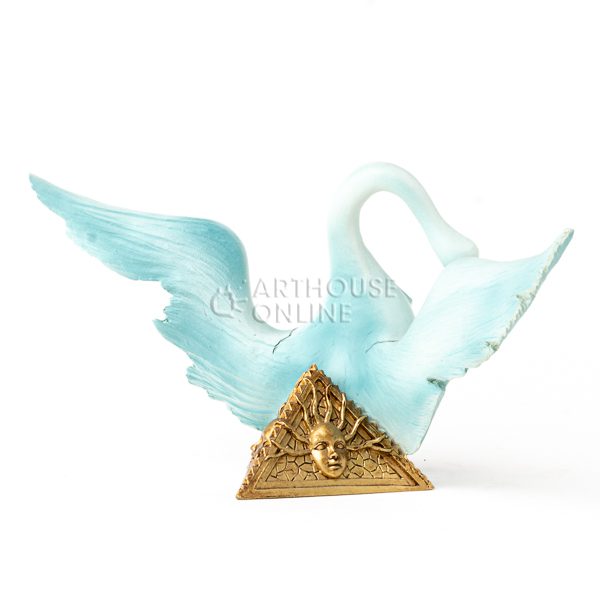 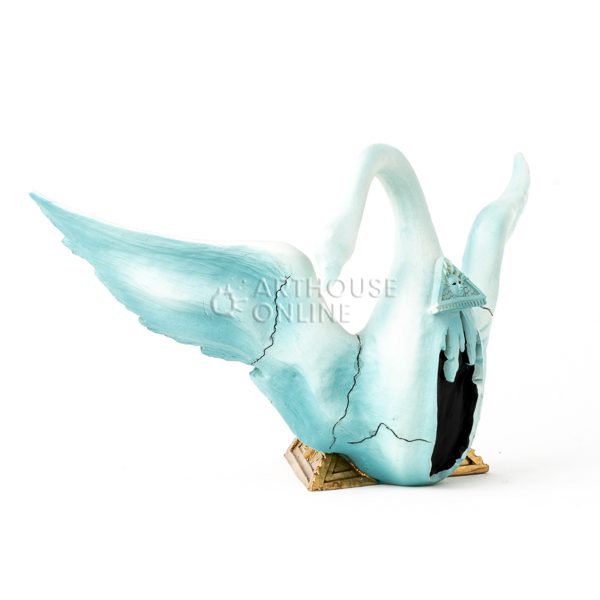 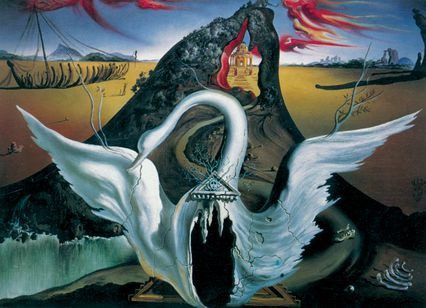 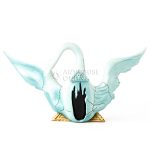 Design for the ballet by Leonide Massine, danced on music from Richard Wagner. Height 9 cm.

Scenery for Bacchanale (1939)
During his years in America DalÌ did not limit his activities solely to painting. He designed advertisements, wrote an autobiography, worked on cinema and designed for theatre and ballet productions. His first design for the ballet was Bachannale (originally named in German “Venusberg”), for which he also wrote the scenario and designed the costumes.
It was a Metropolitan Opera production, choreographed by Leonide Massine for the Ballet Russe de Monte Carlo. The ballet was set to the music of Richard Wagner, whose insane patron, king Ludwig II, was portrayed in the scenario.