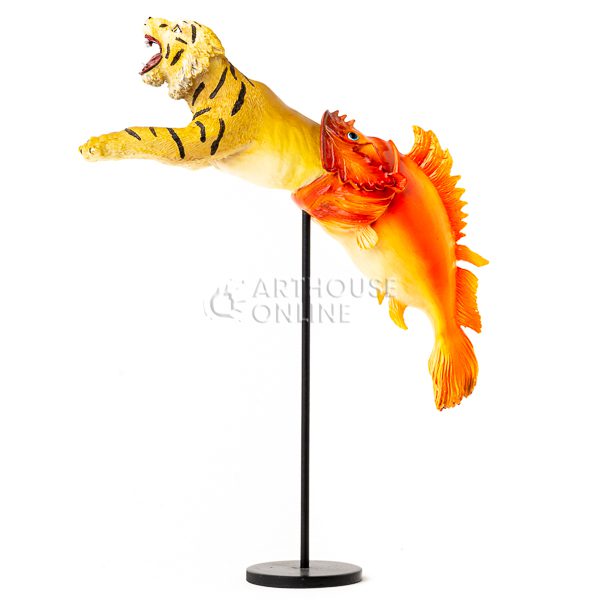 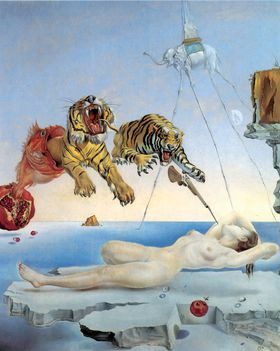 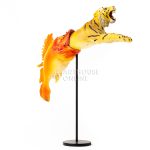 Dream caused by the flight of a bee SD09 – Salvador Dali

Freudian image based on a dream from Gala, Dalí’s wife. Height 17 cm.

The greatest amongst the surrealists sublimated his life in his art of painting and strived to capture his subconscious in images. Freudian image based on a dream from Gala, Dalí’s wife.

The full title “One second before awakening from a dream caused by the flight of a bee around a pomegranate” explains how Dalí was inspired by a dream that Gala reported to him. He saw the dream as an illustration of Freud’s theory that dreams could be triggered by external stimuli. Gala asleep and floating, feels the treat of the bee-sting, symbolised by the rifle with bayonet. The pomegranate, that probably attracted the bee, can be seen in the foreground and, in a huge version, on the left of the painting. It seems to be the source of the enormous fish with a snarling tiger leaping out of its mouth. In the background the elephant can be seen on long thin legs defying the laws of gravity, a recurring theme in Dalí’s work.