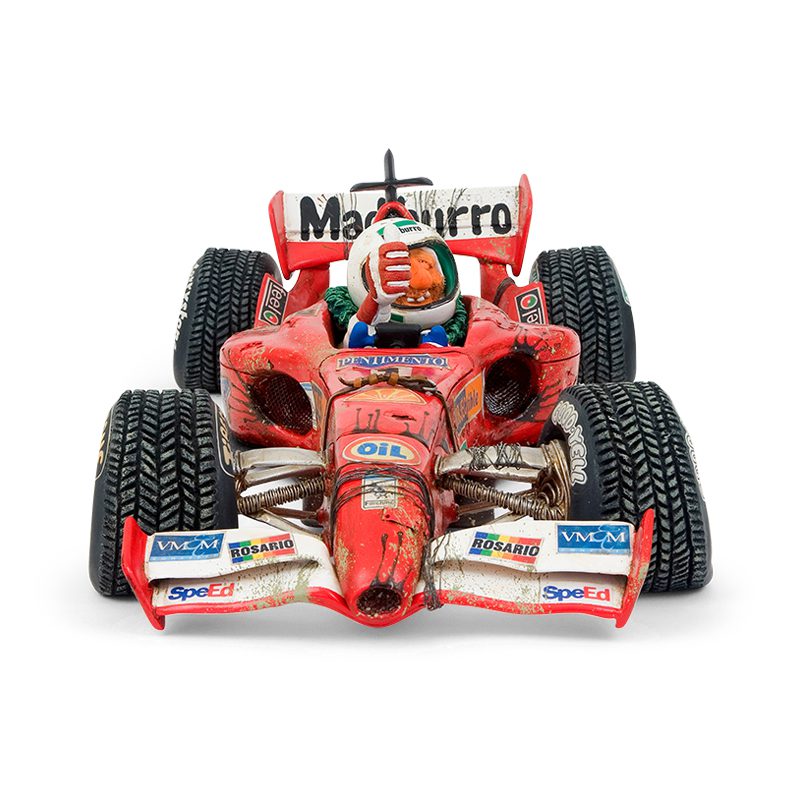 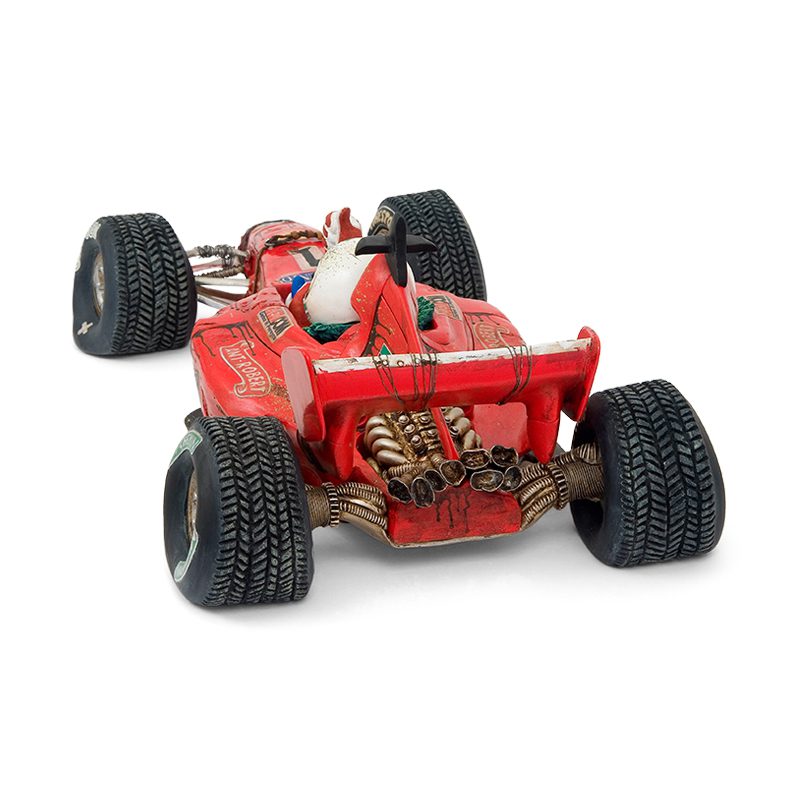 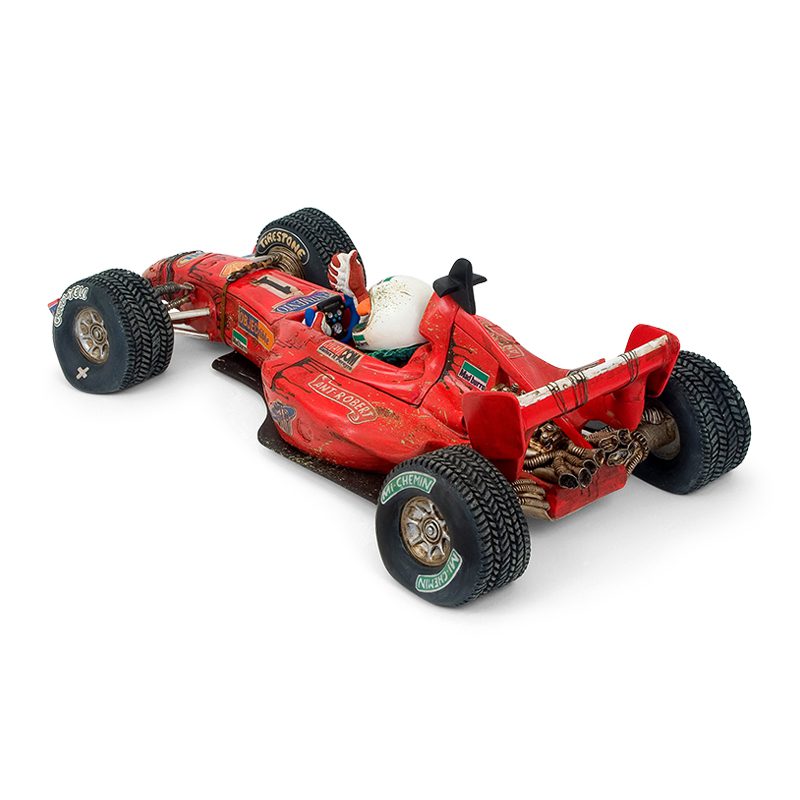 The powerful motor of the Formula 1 roars like savage beast. In the second lap of the race he is already in the lead.  In the cockpit is an inferno.  When he has only two laps to go before crossing the finish line, the famous pilot Didier Hoft, feels a tremor in the left front tire and sees a pair of screws flying in the air. He stops for exactly 4 seconds at the pits where his efficient mechanics, thanks to some duc tape, manage to repair the damage. He immediately takes off like a rocket, spewing thick black smoke and finds himself on the last lap, only one secondfrom the leader. In the last turn, thanks to an incredible and spectacular maneuver, with several centimeters to the finish line, he succeeds in passing his rival.  Thanks to the win, he is crowned the uncontested world champion, ending yet again, another exceptional year.