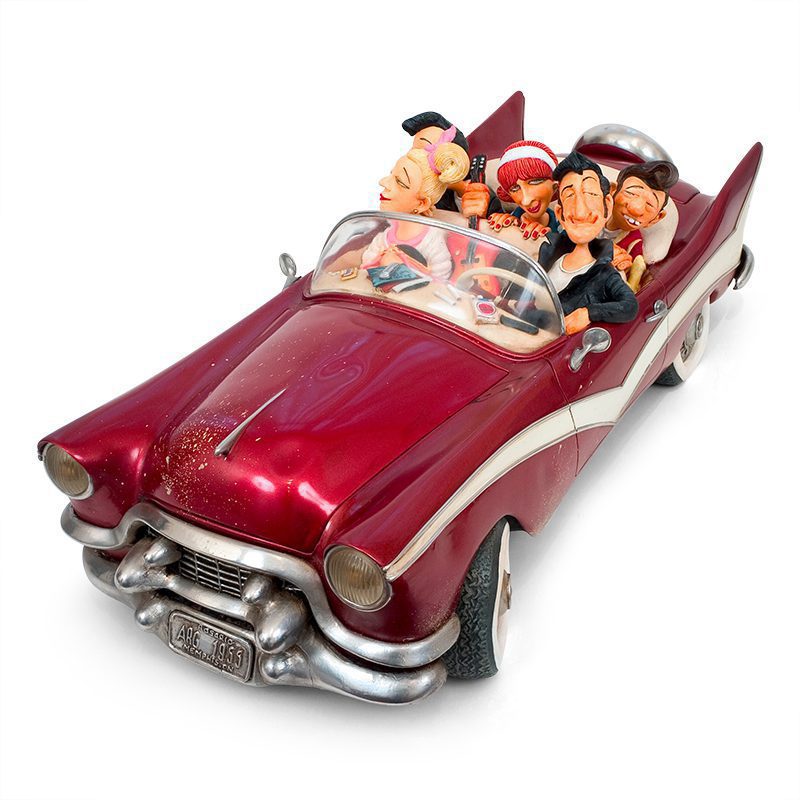 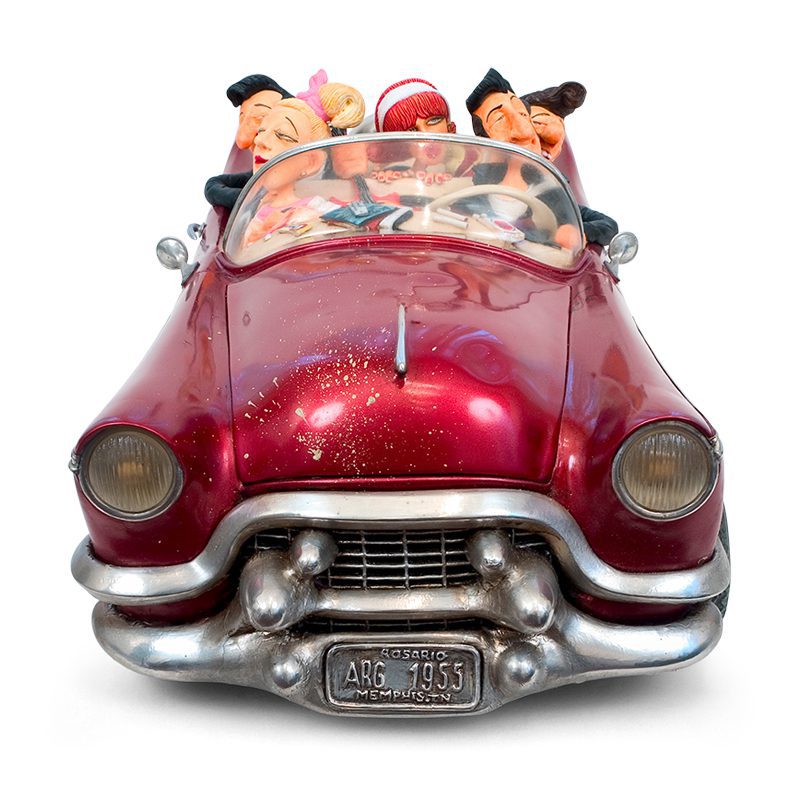 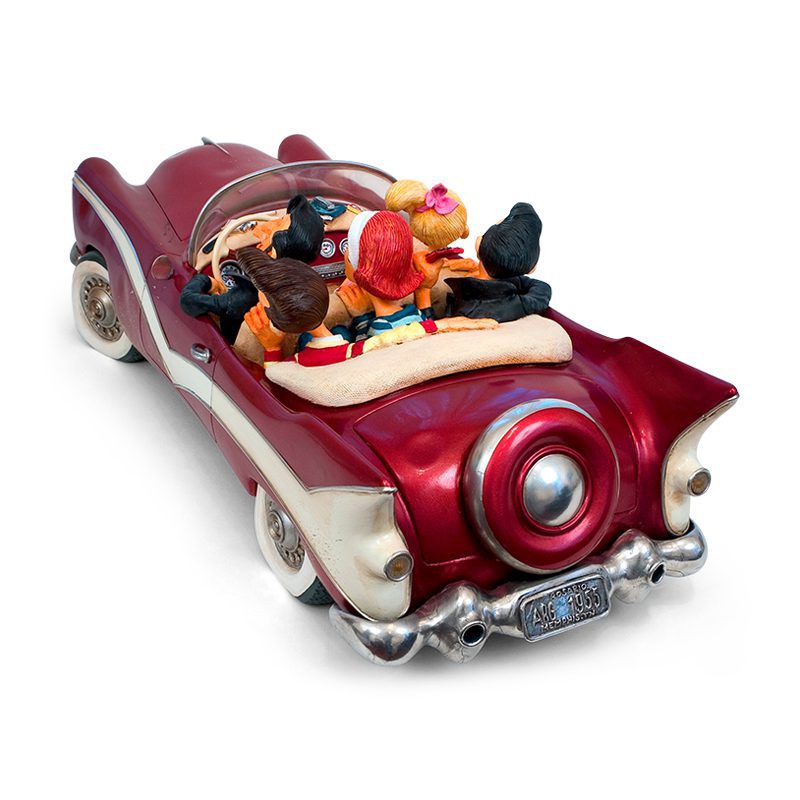 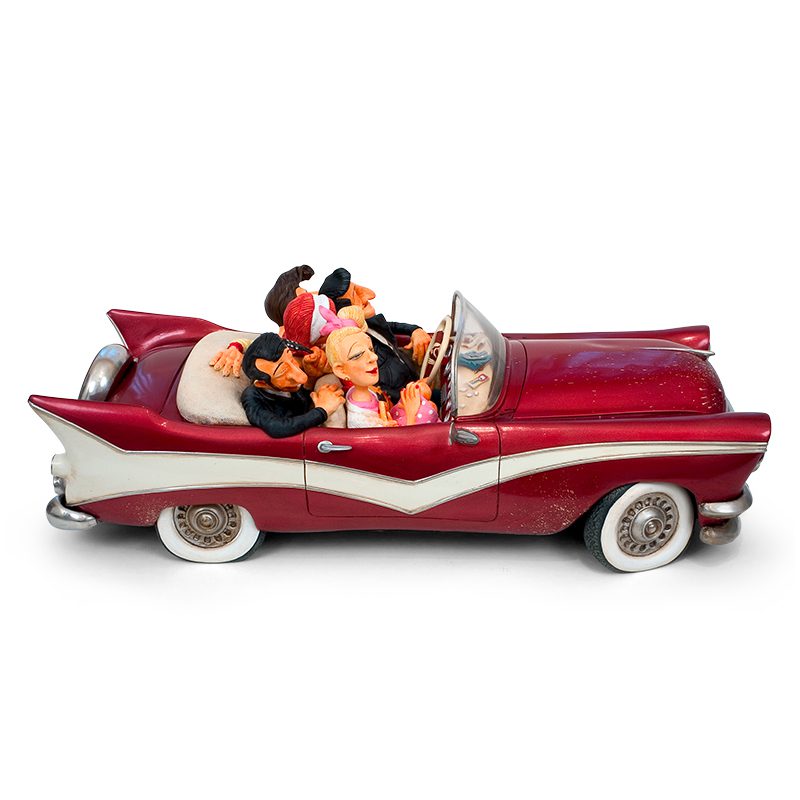 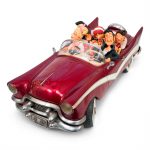 From the radio came a strange music.  Frankie raised the volume until the whole car started to vibrate.  Susan, at his side, started to move to the rhythm.  On the back seat, Danny, Lily, and Ricky began to rock when the voice of the great Elvis surged out between the sound waves. Along the street, people turned to watch as they went by.  The car was a true marvel and the enthusiasm of the five kids was contagious.  When they parked on Madison Avenue, they were immediately surrounded by a group of teenagers. Two police officers, intrigued by the noise, tried to make their way through the crowd who were dancing frenetically, totaling paralyzing traffic.  On the sidewalk across the street, an older couple observed the spectacle with a surprised air.  The man tossed his head from right to left and the woman covered her mouth with her hand to stifle a frightened scream.  Completely discombobulated, they walked more quickly and disappeared after rounding the corner.