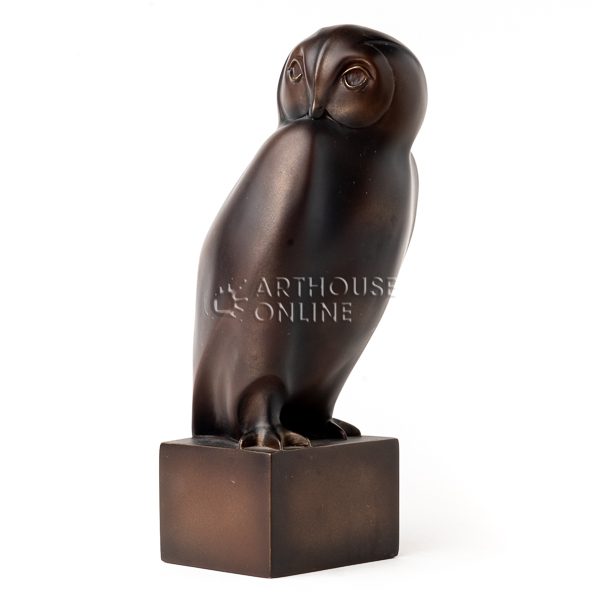 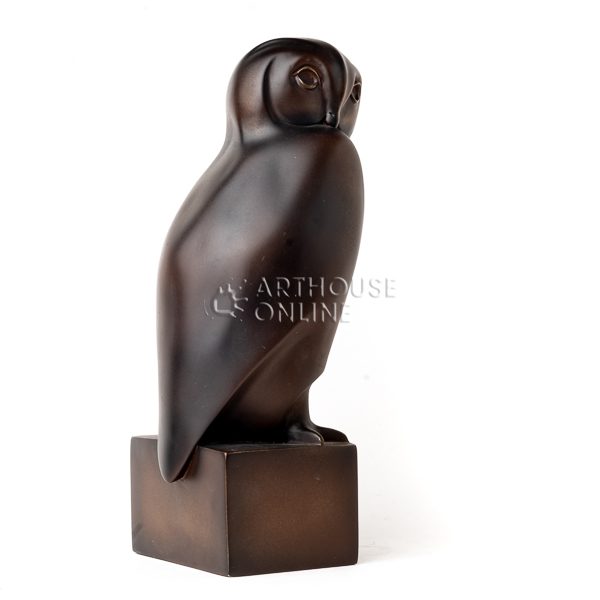 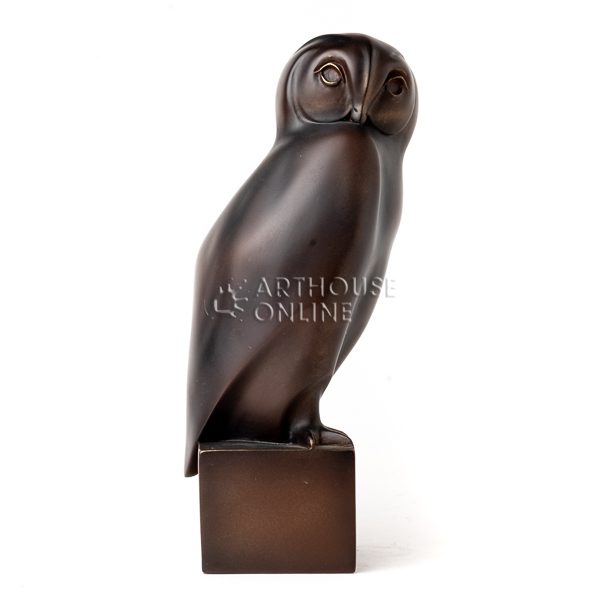 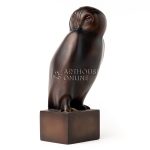 Height figurine 23 cm. Pompon spent the majority of his life working for other artists. From 1890 to 1895 he was Rodin’s ‘chef d’atelier’. His big breakthrough, the exhibiting of his famous polar bear, came when he was already 67.

Pompon was born in Saulieu in French Burgundy as the son of a carpenter. At his fifteenth he takes service with a stonemason in Dijon where he learns the principles of sculpting and attends evening classes at l’Ecole des Beaux Arts. Five years later he goes to Paris where he also works for a stonemason in Montparnasse during the daytime. In the evening he attends classes at l’Ecole Nationale des Arts Décoratif. During his education he meets Pierre-Louis Rouillard, a sculptor of animal figures – who possible became a source of inspiration for the work which would make him famous later on. It is not until 1919 that his work starts attracting more interest. He sells a stone sculpture of a turtledove to Musée de Luxembourg and two years later three plaster animal figures to Musée de Grenoble. Not until he is 67 years old does he get his final breakthrough with the exhibition of l’Ours Blanc in plaster at the Salon des Artiustes Français. Successful exhibitions follow in Tokyo and Osaka and the ice bear, which had become famous by then is produced in marmble. Upon his death, Pompon left nearly 300 pieces to the French state which were eventually displayed at the Musée des Beaux Arts in Dijon. The Musée d’Orsays in Paris has a large collection of plaster models.