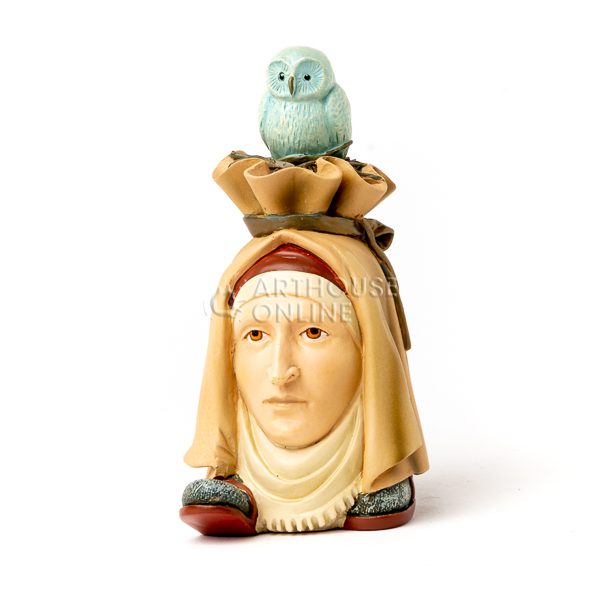 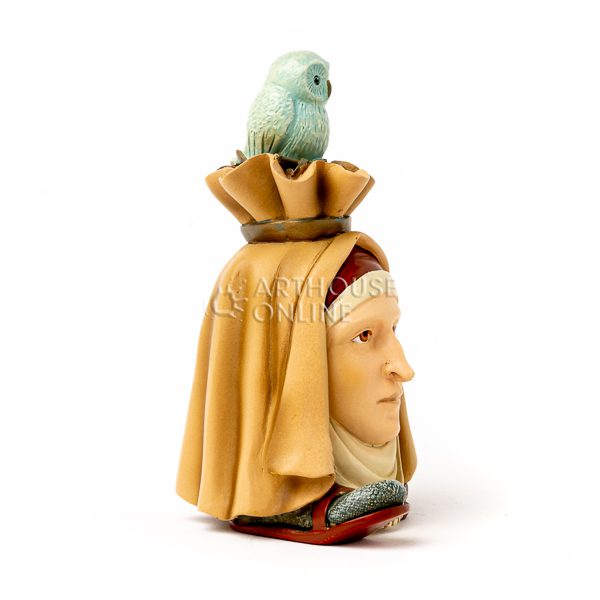 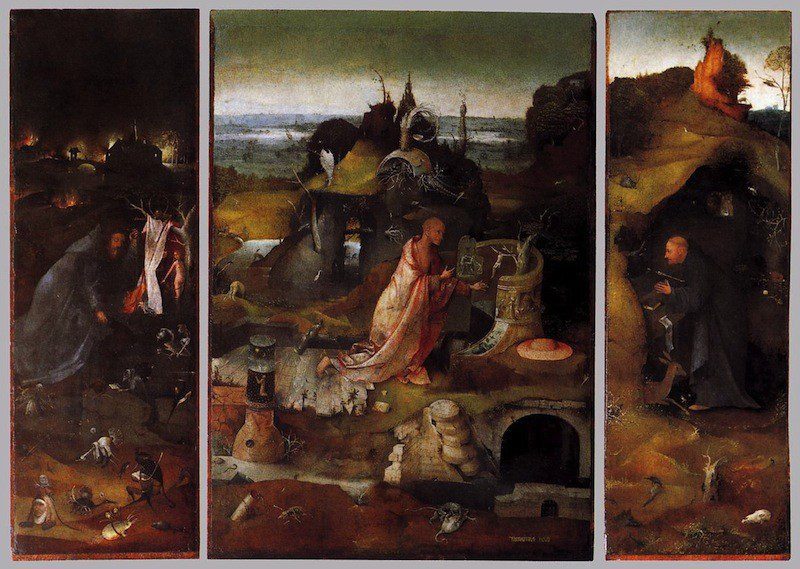 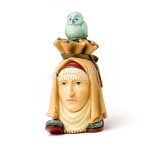 Height figurine 10,5 cm. At the bottom of the left-hand panel of the Hermit Saints Triptych walks a head-footer among the fantastic animals. The creature’s anatomical inconsistencies are hidden by a turban. Bosch here continues a classical Greek tradition in which leaving out large areas …

From an artistic point of view, the world famous brillant forerunner of surrealism was in his day unique and radically different. Hiëronymus (Jeroen for short) Bosch was born during the transition from the Middle Ages to the Renaissance in ‘s-Hertogenbosch, in the duchy of Brabant. Bosch places visionary images in a hostile world full of mysticism, with the conviction that the human being, due to its own stupidity and sinfulness has become prey to the devil himself. He holds a mirror to the world with his cerebral irony and magical symbolism, sparing no one. He aims his mocking arrows equally well at the hypocrisy of the clergy as the extravagance of the nobility and immorality of the people. Hiëronymus Bosch’s style arises from the tradition of the book illuminations (manuscript illustrations from the Middle Ages). The caricatural representation of evil tones down its terrifying implications, but also serves as a defiant warning with a theological basis.

The Hermit Saints Triptych
This triptych depicts three early Christian saints who lived in complete isolation to protect themselves from earthly temptation. From the left to right: Saint Anthony who lived in the Egyptian desert; Saint Jerome who lived in Bethlehem and Saint Giles, who lived as a hermit in southern France.
At the bottom of the left-hand panel of the Hermit Saints Triptych walks a head-footer among the fantastic animals. The creature’s anatomical inconsistencies are hidden by a turban. Bosch here continues a classical Greek tradition in which leaving out large areas of the body was seen as frightening. An owl nests on the torso-less being’s head. Here it does not symbolise wisdom, like Athena’s owl, but deception and scheming. After all, this bird of prey was thought to surprise innocent sleeping prey in de the dark.