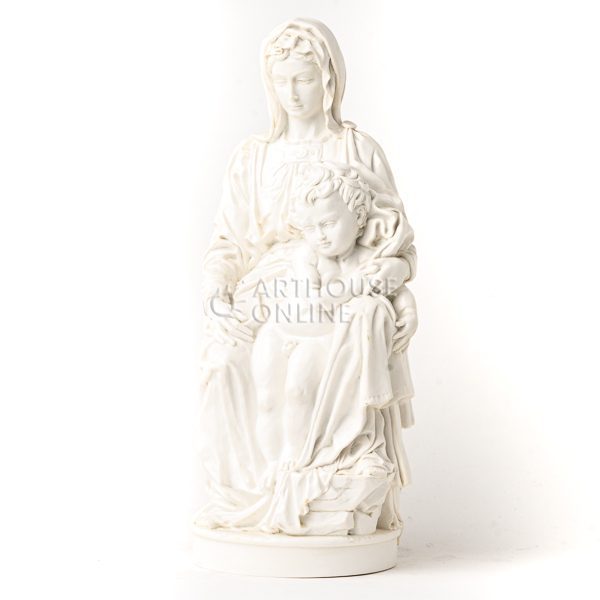 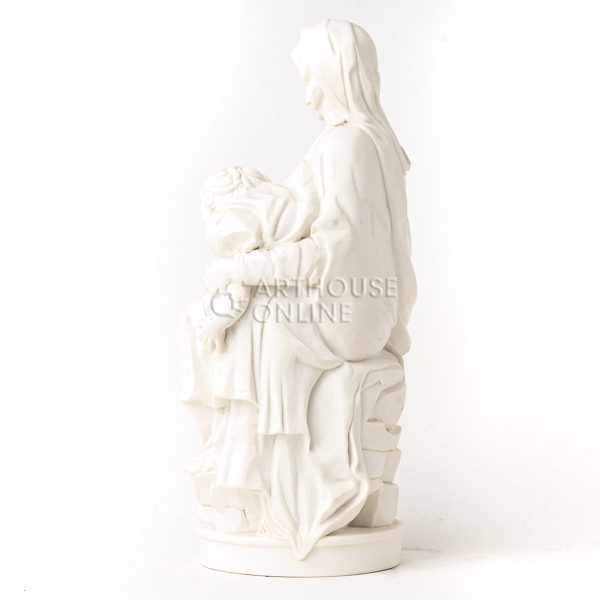 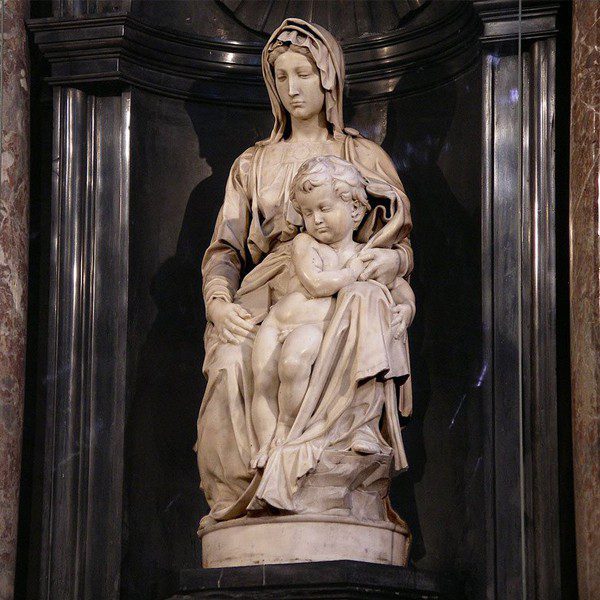 The Madonna of Bruges MIC03 – Michelangelo

Height 24 cm. This is the only sculpture by Michelangelo to leave Italy during his lifetime. It was purchased in 1506 by a rich textiles merchant from Bruges and later bequeathed to that city. It had originally been intended for the Cathedral of Siena …

This is the only sculpture by Michelangelo to leave Italy during his lifetime. It was purchased in 1506 by a rich textiles merchant from Bruges and later bequeathed to that city. It had originally been intended for the Cathedral of Siena, however due to conflict with the principal, Francesco Picollonini (later to become Pope Pius III), the sculpture was never delivered. The depiction of the overly familiar theme is characterised by Maria’s introverted expression. Her face is remarkably similar to that of the Maria in the Pietà which was sculpted five years earlier. The assumption is therefore that Michelangelo used the same life model. The movement of the child, with its hair sculpted away from the body of the statue and Maria’s robe herald the transition to the Baroque.

As an artist, sculptor, architect and poet Michelangelo di Lodovico Buonarroti Simoni was the archetype of the Renaissance artist, the ‘uomo universale’. As the son of the mayor of Caprese he spent all his time drawing, much to his father’s chagrin. His mother died young and he was raised by a nanny who was married to a sculptor. Michelangelo proved to be so talented that as a 15-year old he was noticed by the powerful artists’ patron Lorenzo de Medici. His creativity and work ethic were unstoppable. He sculpted two of his most famous works before he was 30: the Pietà and the large sculpture of David.