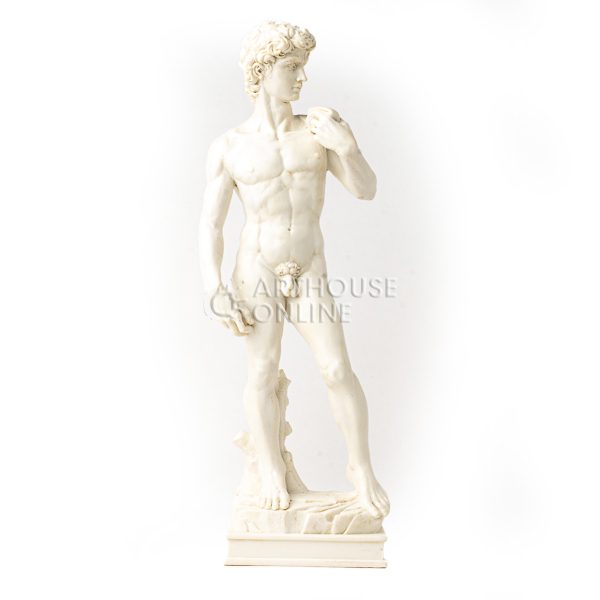 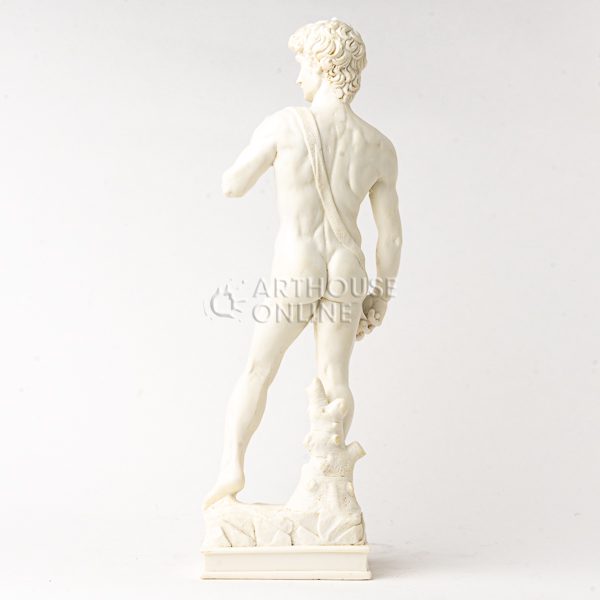 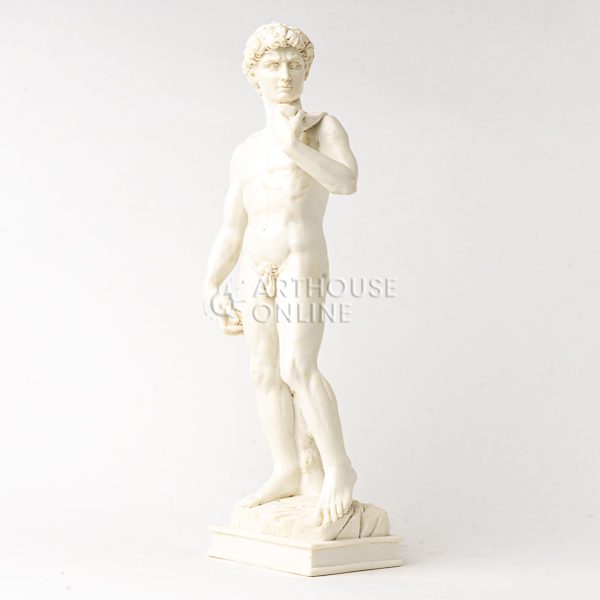 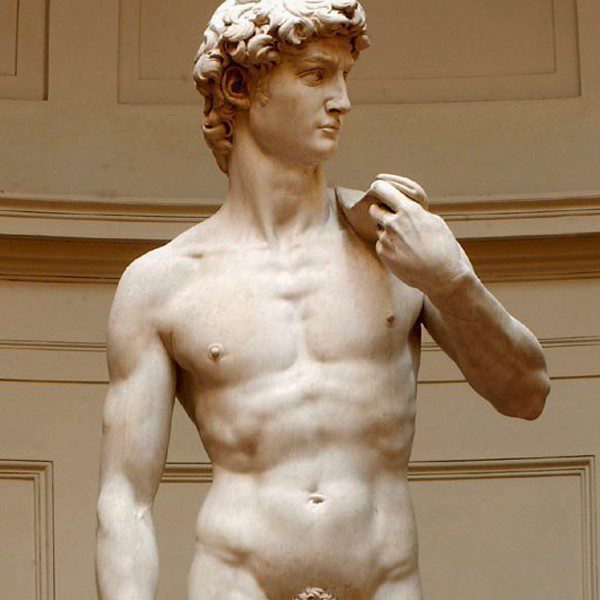 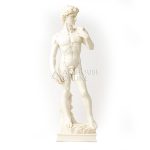 Height 27 cm. One of sculpture’s most famous works was originally intended for the Cathedral of Santa Maria del Fiore in Michelangelo’s birthplace Florence, but was ultimately set up outside the entrance to the Pallazo Vecchio.

This Italian Renaissance masterpiece has a remarkable history. At the start of the 15th century, the governors of the Cathedral of Florence decided to have 12 large Old Testament figures installed along the edge of the Santa Maria del Fiore s roof. When, decades later, it was the figure of David s turn, a huge, expensive block of Carrera marble was purchased. After various artists had failed to complete the enormous job, the still rough block lay untouched for 25 years, at the mercy of the elements. Until, that is, the then only 26 year old Michelangelo managed to convince the principals that he could turn it into something.

To everyone s surprise, the sculpture was finished after two years of hard work. However, it proved too heavy (it weighed 6 tons) and also too vulnerable to be hoisted up to the roof of the cathedral. It was therefore decided to place the widely praised masterpiece at the entrance to the Pallazo Vecchio, where the city council met. There it symbolised the defence of the citizens rights of Florence against the authoritarian city states located nearby.

The athletic young man s large head and hands are conspicuous. It is generally assumed that Michelangelo exaggerated these because he assumed the sculpture on the roof of the cathedral would only be seen from below.

As an artist, sculptor, architect and poet Michelangelo di Lodovico Buonarroti Simoni was the archetype of the Renaissance artist, the uomo universale. As the son of the mayor of Caprese he spent all his time drawing, much to his father s chagrin. His mother died young and he was raised by a nanny who was married to a sculptor. Michelangelo proved to be so talented that as a 15 year old he was noticed by the powerful artists patron Lorenzo de Medici. His creativity and work ethic were unstoppable. He sculpted two of his most famous works before he was 30: the Pietà and the large sculpture of David.

A number of years later, he had made such a name for himself that Pope Julius II asked him to paint the ceiling of the Sisteen Chapel. The artist spent four long years painting the frescos which garnered admiration from all for their emotional expressiveness, their terribilità . His ground breaking style was later considered the inspiration for Mannerism.

Il Divino was a living legend, the first artist to have a biography written about him whilst still alive. However, he was not a pleasant human. Contemporaries described him as a manic, rough, arrogant and sober living, grumpy man, who only lived for his art.