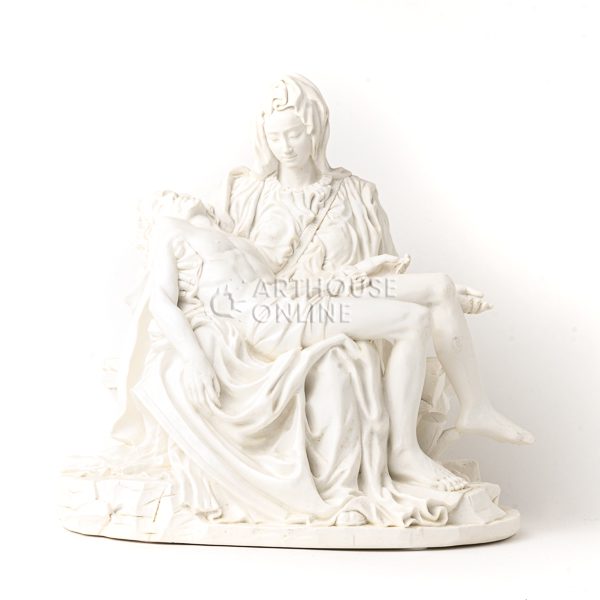 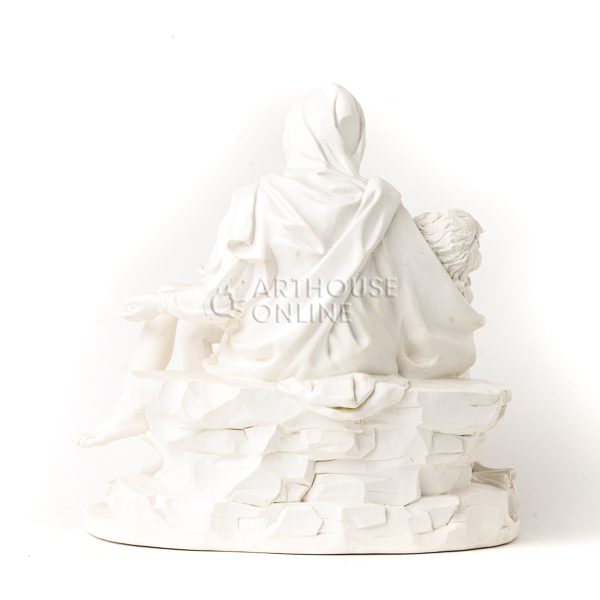 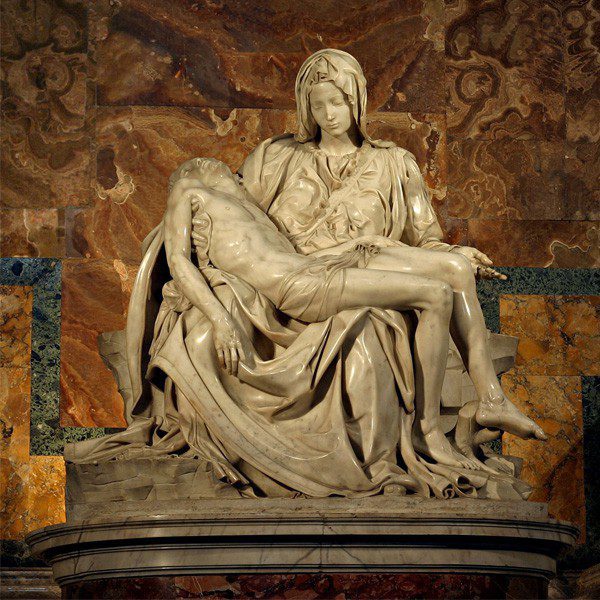 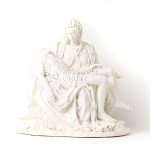 Height 22 cm. This masterpiece of Renaissance sculpture is located in St. Peter’s basilica in Rome. Michelangelo was commissioned to make it by the French envoy to Rome, Cardinal Jean de Billheres. This explains the subject matter which was unusual for Italy …

This masterpiece of Renaissance sculpture is located in St. Peter’s basilica in Rome. Michelangelo was commissioned to make it by the French envoy to Rome, Cardinal Jean de Billheres. This explains the subject matter which was unusual for Italy at the time. Maria has been depicted at a surprisingly young age. Her pure lifestyle proves to have protected her from life’s ravages. The Pietà is the only work Michelangelo every signed. His biographer Vasari wrote that he signed the ribbon across Maria’s chest because rumours were circulating that Cristoforo Solari had sculpted the work and not him. Afterwards, Michelangelo was ashamed of his unseemly pride.

As an artist, sculptor, architect and poet Michelangelo di Lodovico Buonarroti Simoni was the archetype of the Renaissance artist, the ‘uomo universale’. As the son of the mayor of Caprese he spent all his time drawing, much to his father’s chagrin. His mother died young and he was raised by a nanny who was married to a sculptor. Michelangelo proved to be so talented that as a 15-year old he was noticed by the powerful artists’ patron Lorenzo de Medici. His creativity and work ethic were unstoppable. He sculpted two of his most famous works before he was 30: the Pietà and the large sculpture of David.