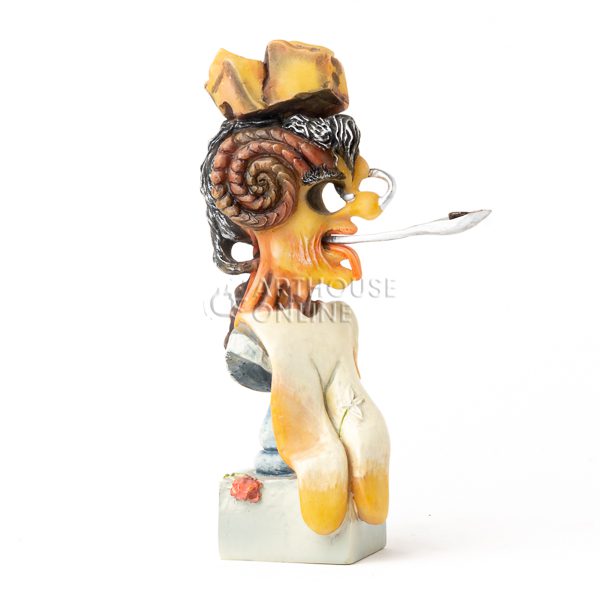 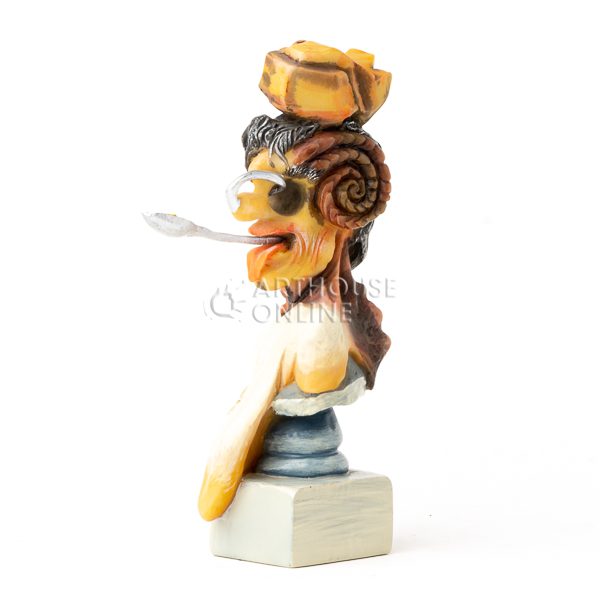 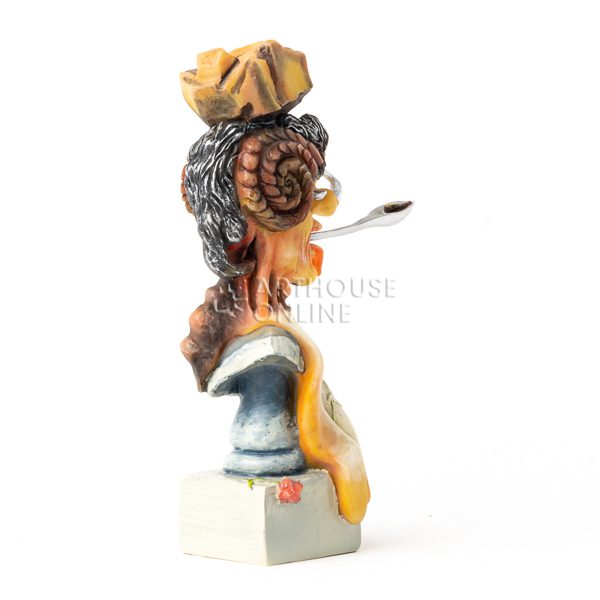 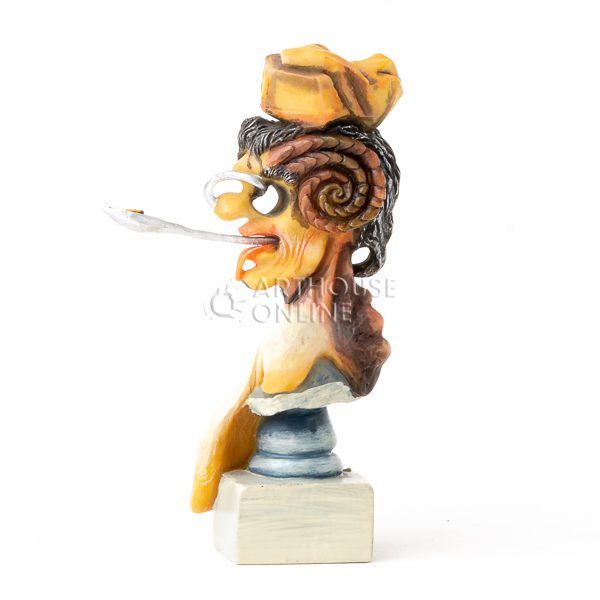 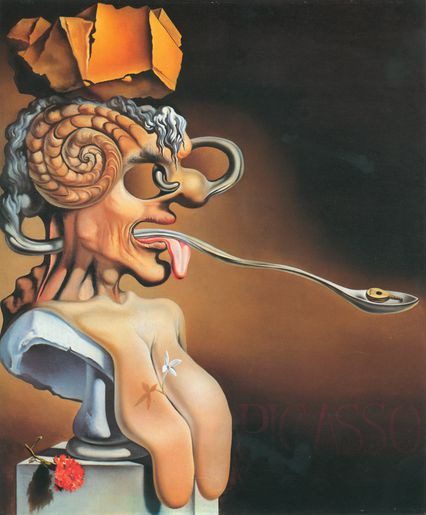 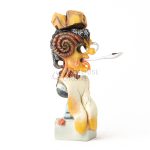 Portrait of Picasso (1947)
Shocked by the dropping of the atom bomb, Dalí took a different mystical turning after the Second World War. He combined this new approach with a fanatical interest in the classical art of painting. One year after painting the Portrait of Picasso he described in his “Fifty magical secrets” how surprised he was that people were able to split a nuclear, “but nobody had any knowledge of the substances and the secret juices in which the brothers Van Eyck or Vermeer from the Dutch town of Delft used to dip their paintbrushes”.
Although still filled with Dalí-like symbolism, Picasso’s portrait has stylistic neo-classical elements. Above the weak torso a portrait comes into existence, composed of alienating elements which strongly reminds the viewer of the 17th-century-portraits by the painter Archimboldo.
In 1948 Dalí decided, after a very fruitful eight-year-long stay in the United States, to return to Europe to devote himself to “nuclear mysticism” with the expert motto his insight that the the skilful arts of painting were developed once and forever and with the greatest perfection and influence during the Renaissance and that the decadence of modern art finds its origins in scepticism and a lack of faith, which is a consequence of mechanical materialism.