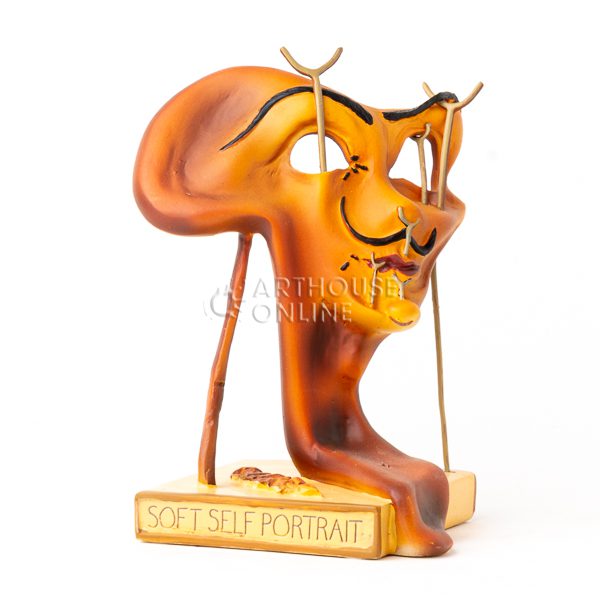 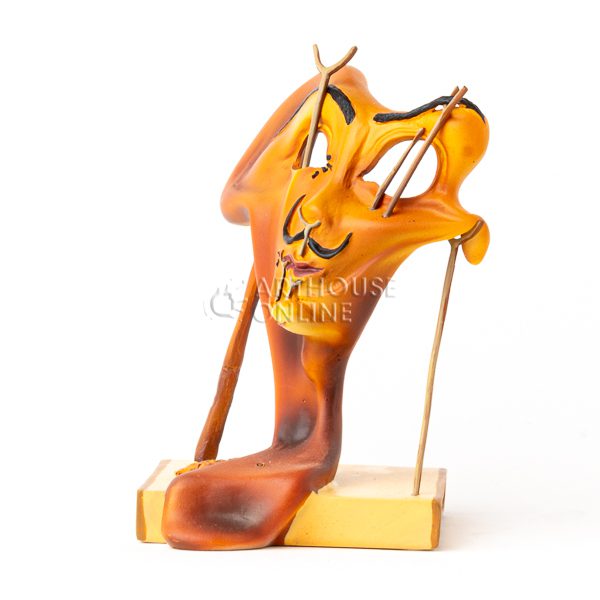 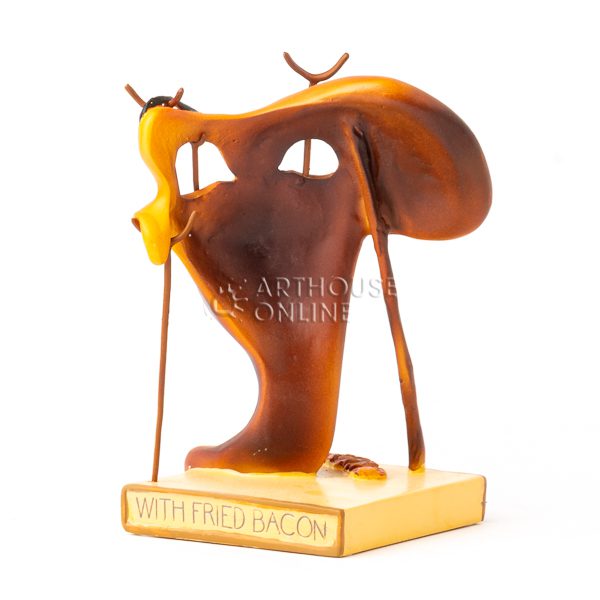 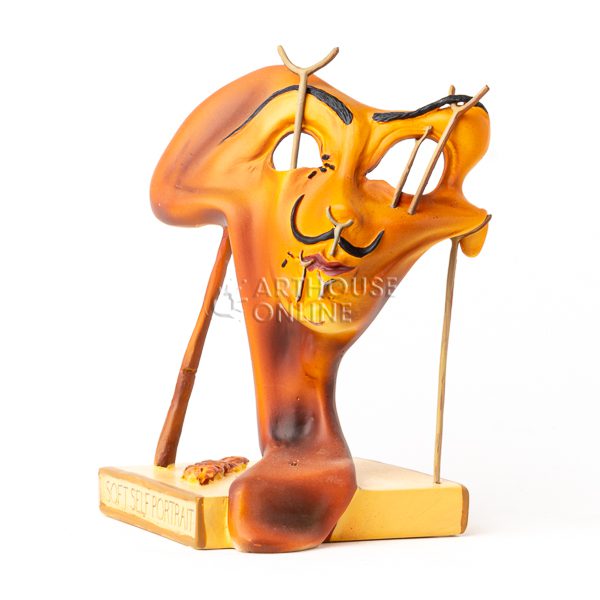 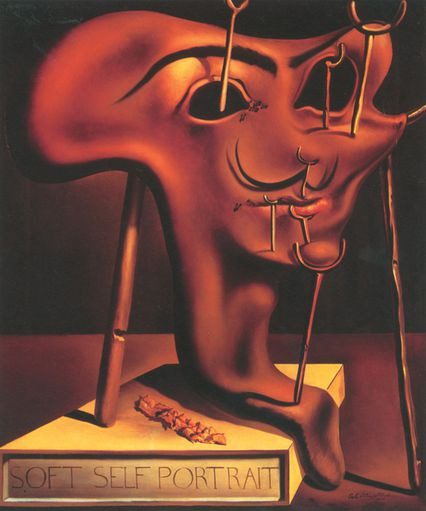 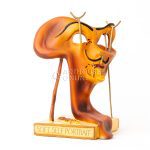 An anti psychological self portrait, the glove of my inner soul. Height 8 cm.

Soft self-portrait with fried bacon (1941)
Dalí himself styles his self-portrait as “an anti-psychological self-portrait, instead of painting the soul, or the inner of one-self, to paint solely the appearance, the cover, my soul’s glove. This glove of my soul can be eaten and is even a little sharp, like high-bred game; therefor ants appear together with the fried bacon. As the most generous of all painters I continuously offer myself as food and thus give our era the most delicious delicacies”.
Dalí painted this self-portrait during his eight-year-exile in the United States, where he had fled from the Spanish civil war. The, sometimes, childlike enthusiasm and the drive of the American society appealed to Dalí and he had a most productive period there. Under this influence he appeared to reverse his “paranoid-critical” method. Now he painted more from the inside out, as his comment on his self-portrait indicates.