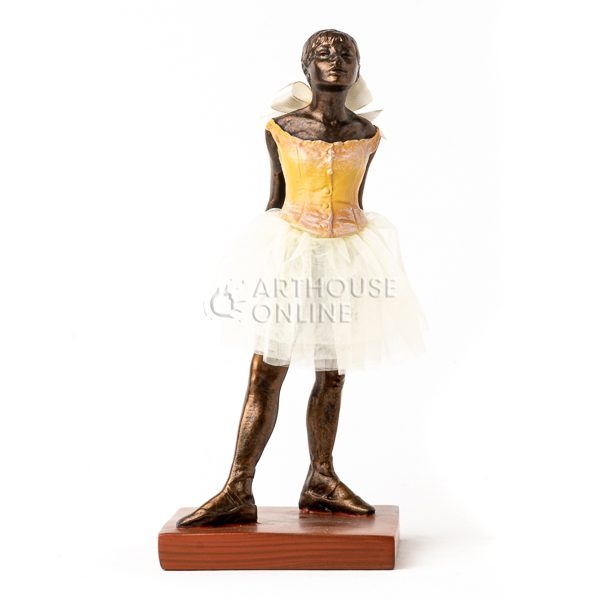 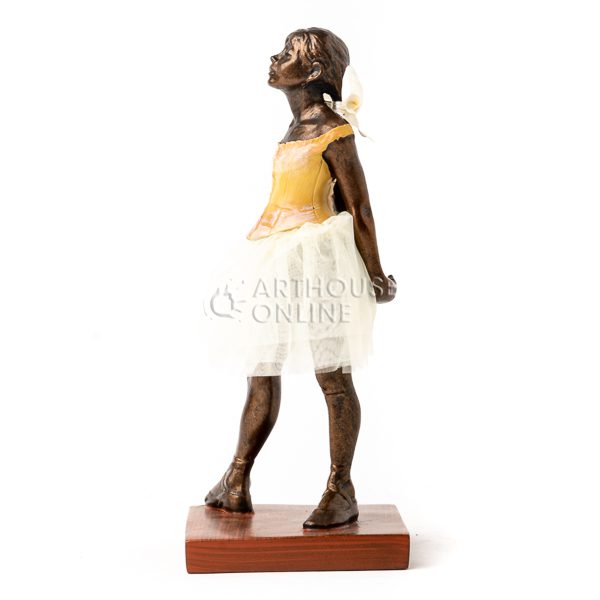 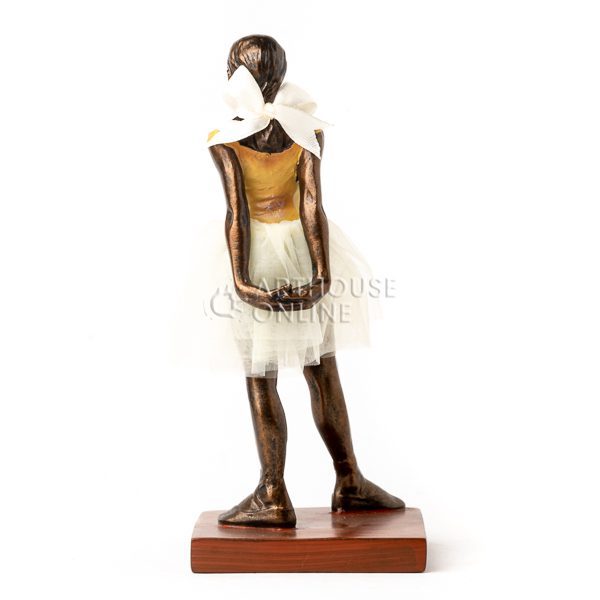 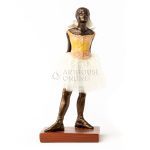 Height 16 cm. After beginning to lose his eyesight after his fiftieth birthday, Degas became increasingly dependent on his sense of touch and so started to turn from painting to sculpting. Although during the last period of his life he hardly ever showed his work to …

After beginning to lose his eyesight after his fiftieth birthday, Degas became increasingly dependent on his sense of touch and so started to turn from painting to sculpting. Although during the last period of his life he hardly ever showed his work to anybody, he decided after working on The Dancer for more than two years, to send his work to the impressionist exhibition in Paris. After he had carefully sculpted the body, he had the clothes custom made: the bodice, the net dancing skirt and the ballet shoes. On top of the bodice he then worked again with wax, so this was to become a solid part of the figure when it was cast in bronze. He expected a sympathetic reaction from the audience, but they were at an utter loss, it was obviously too realistic. ‘Mister Degas dreamed of an ideal picture of ugliness. The fortunate man! He has achieved it …’, a critic wrote. He was known as a painter and now he had designed something that seemed to laugh at all the traditional values of the art of sculpting, which was something the audience just could not understand.

After this experience Degas never exhibited any of his work again. Looking back, he was clearly ahead of his time and he had developed a degree of objective realism for which his contemporaries were not in the slightest prepared. It is a lifelike sculpture, with her chin lifted into the air and her immature body, the girl is standing before us, ready to start moving whilst at the same time she seems motionless and timeless — so characteristic of true art which outlives its time so splendidly.