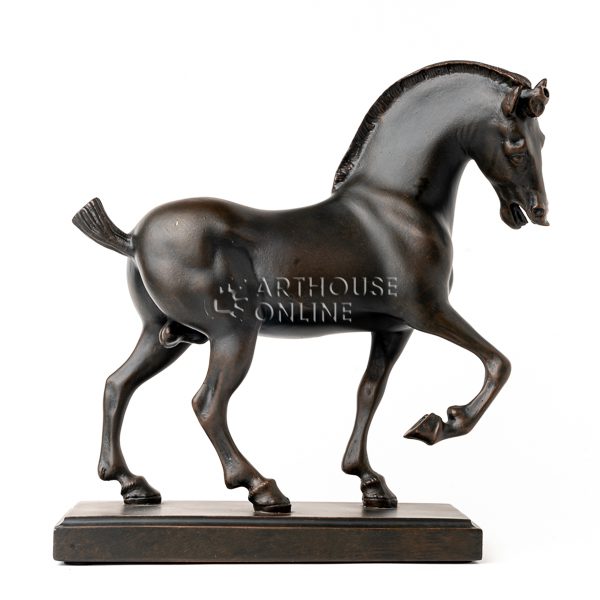 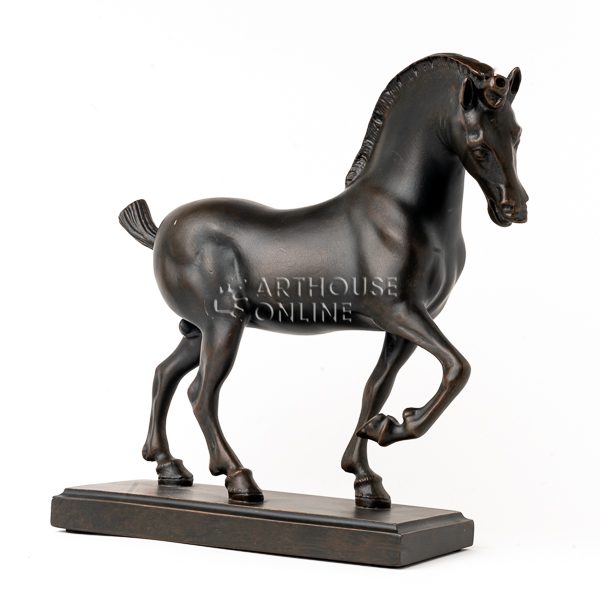 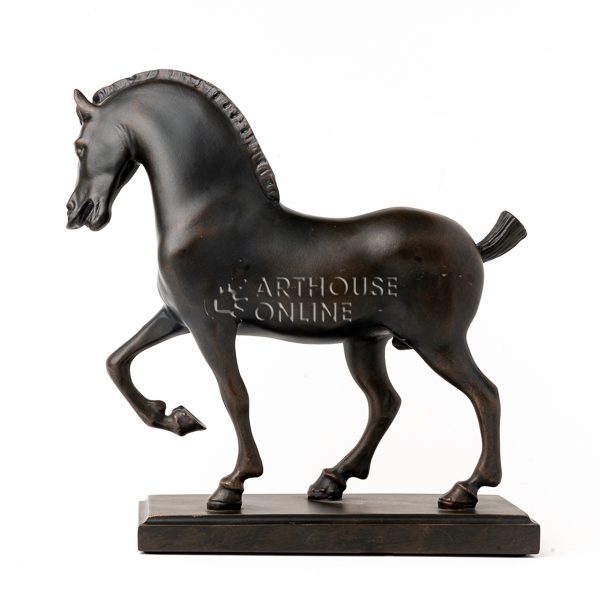 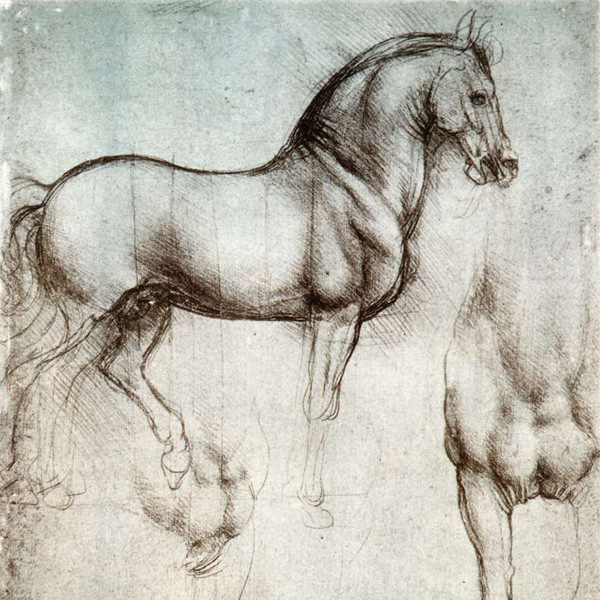 Height figurine 24 cm. Da Vinci spent a lot of time studying the shape and in particular the movement of horses.

Leonardo da Vinci was the archetypal example of the Renaissance ideal: the uomo universale. As a Renaissance man he engaged in almost every art and science from painting to composition and from philosophy to chemistry.

Leonardo was born in the Tuscan mountain town of Vinci as the illegitimate son of a farm girl and a Florentine notary. He started as an apprentice to Verrocchio and rose to become an independent painter with his own studio. From 1482 1499, he worked for the Duke of Milan. Due to the French siege of Milan, he was forced to return to the region of his birth where he worked for Cesare Borgia as a military architect and engineer. For ten years, from 1506 onwards he worked in Milan and Rome. During the last three years of his life he was employed by the French King Francois I.

Even during his lifetime, Da Vinci’s work was determinative for the High Renaissance’s art. The one artist who always urged others to get their inspiration straight from nature and not from the works of others, ended up having many followers who worked in his style. Da Vinci had the following to say about this: ‘Life is relatively simple. You do things. Most of them fail. Sometimes they work. If they really work, others will copy them. Then you will have to do it differently again. The trick is to do something different in other words’.

Da Vinci spent a lot of time studying the shape and particularly also the movement of horses, one of nature’s wonders, and in his opinion, nature was the mistress of all masters.