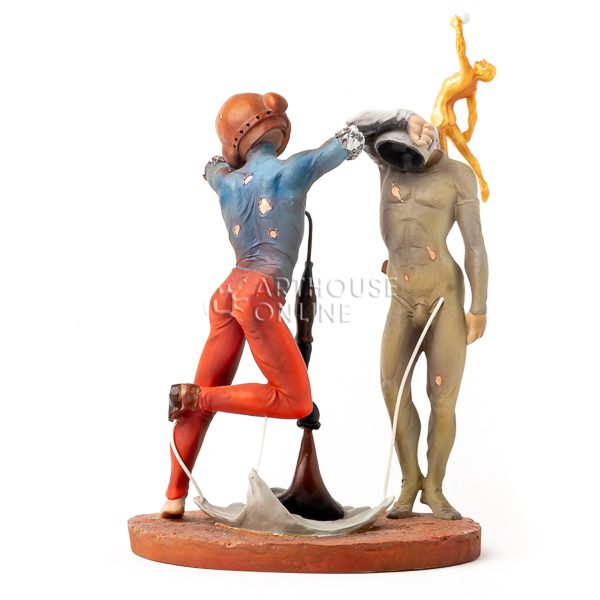 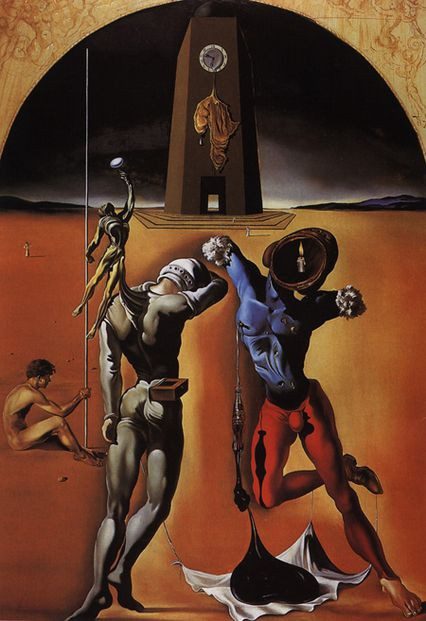 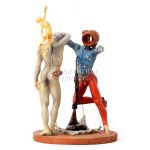 The promise and danger of the new world. Height 18 cm.

The poetry of America – Cosmic athletes (1943)
The painting pays homage to America, the country where Dali lived during the Second World War. Against a background which both shows the American deserts and the Amperdan Plaines, stand a white and a black figure, dressed as American football players, facing each other in a dramatic pose. Behind this, under a warning clock, the African continent, from where the black part of the American nation originates, is dripping gloomily.
By his own account Dali wanted to make mankind think about the dangers of major conflicts in the modern world. As a hopeful counterbalance we see the new human, symbolised by the golden man who is balancing the egg on his finger.