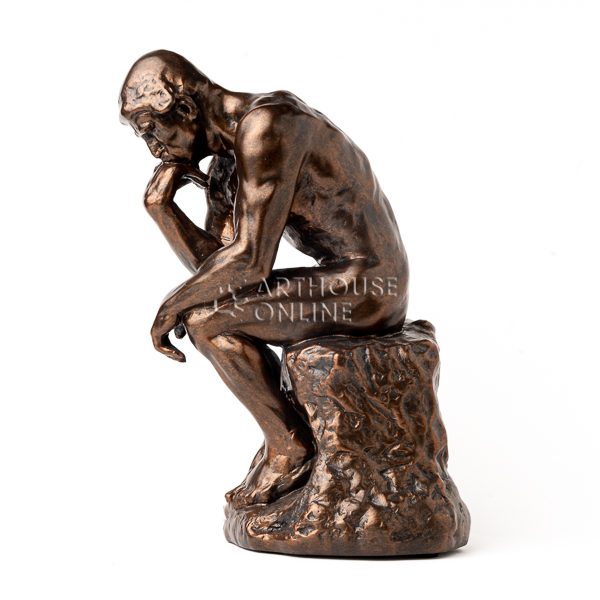 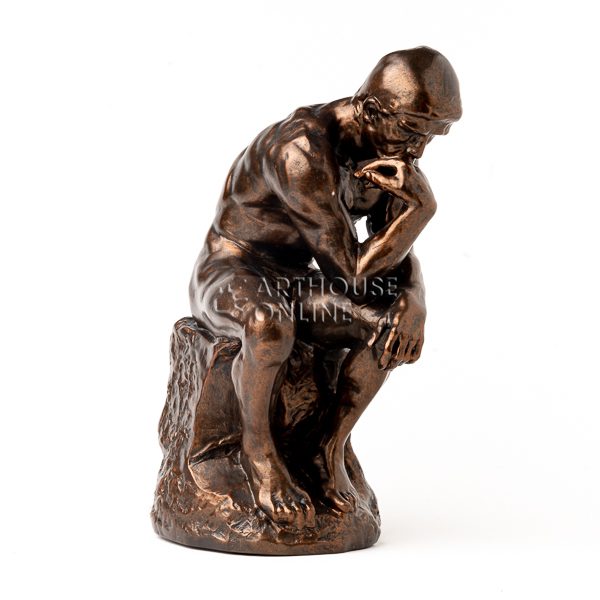 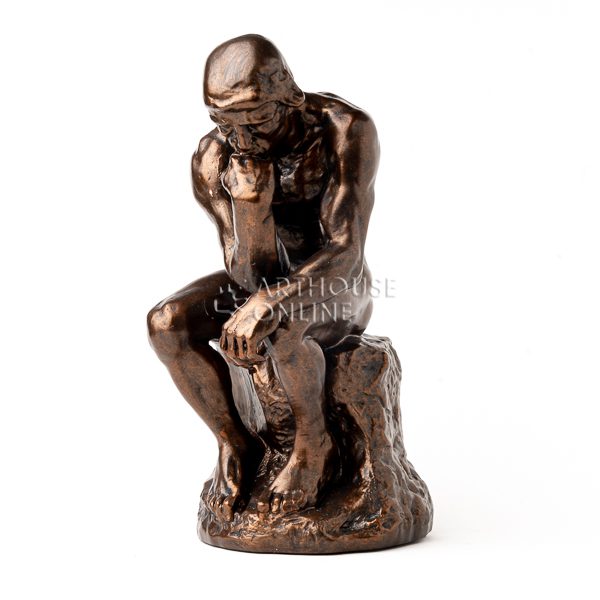 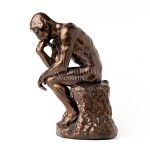 The Thinker was originally part of The Gates Of Hell. Sitting in the tympan, he oversees Hell: the judge over the people below him, he too is locked up. Height figurine 36 cm.

Rodin never wanted to say anything about what his Thinker was thinking, but rather how he was thinking. “My Thinker not only thinks with his brain, his frowned forehead, his wide open nostrils and tight lips; but with every muscle in his arms, back and legs, with his clenched fists and bent toes”. The Thinker, one of the most famous works by Rodin, was originally part of The Gates of Hell. Sitting in the Tympan, he oversees Hell, the judge over the people below him, he too is locked up!

The Thinker was the first sculpture by Rodin to be publicly exhibited. It was erected in front of the Pantheon during an intense political and social crisis in France on 21st April 1906. Later it was transported to the Hotel Biron, the former studios of the artist and the present Rodin museum.