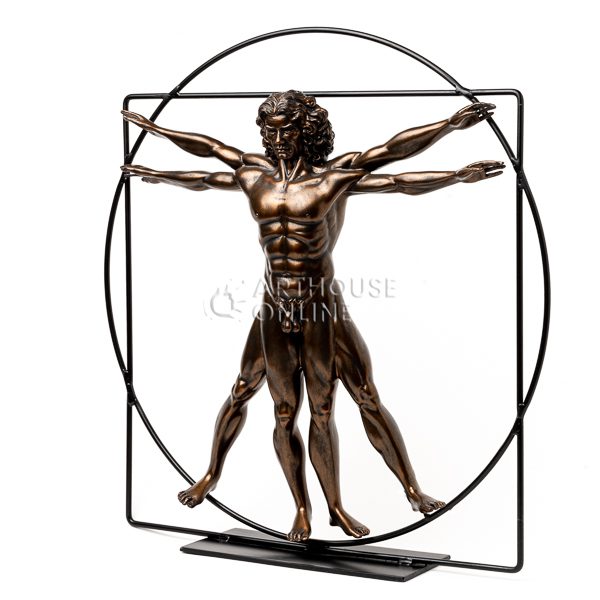 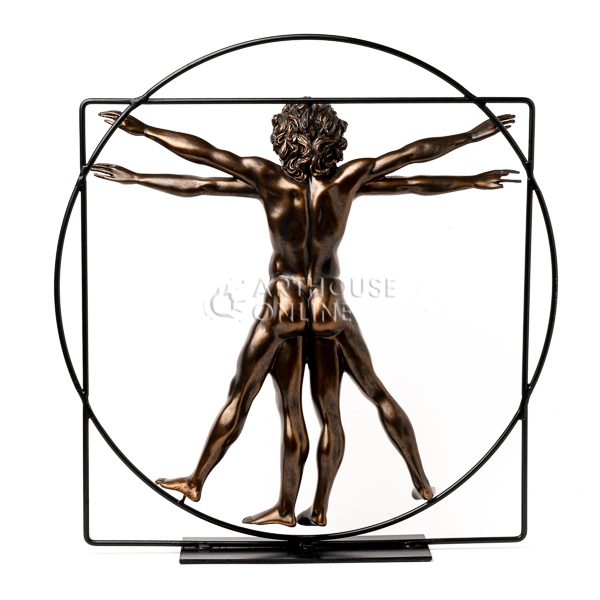 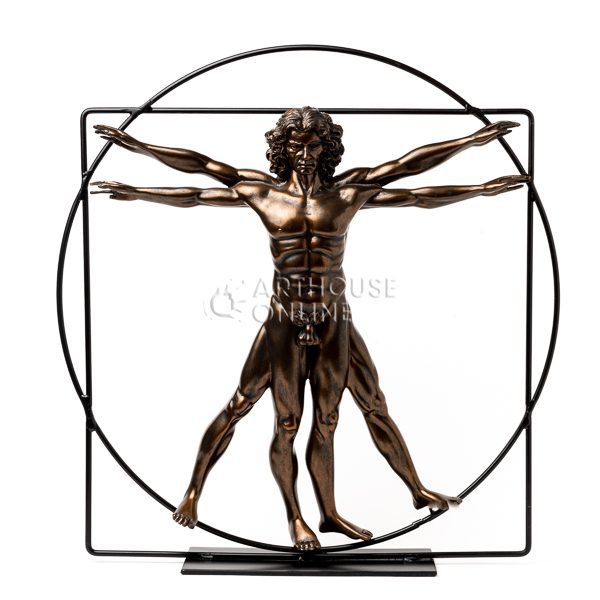 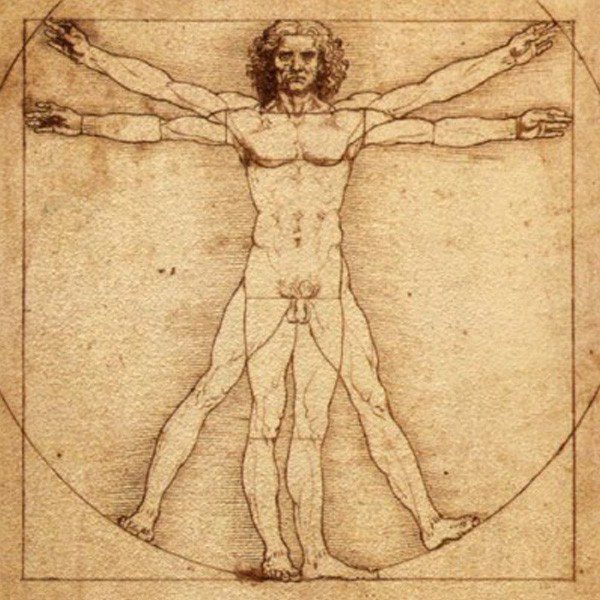 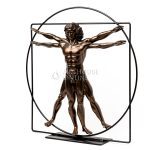 Height and width figurine 22 cm. Da Vinci tended to compensate for his lack of an education in the classical sense with an excess of empirical studies. The most famous of these is the Vitruvian Man so-called because it is based on a description of the ideal human proportions by Roman architect Vitruvius (around 85-20 BC).

Da Vinci tended to compensate for his lack of an education in the classical sense with an excess of empirical studies. The most famous of these is the Vitruvian Man so-called because it is based on a description of the ideal human proportions by Roman architect Vitruvius (around 85-20 BC). The study illustrates the mingling of art and science during the Renaissance perfectly. Da Vinci viewed the human body as a reflection of the universe. He therefore referred to his anatomical studies as cosmografia del minor mondo. A popular, though unproven theory is that Da Vinci saw the circle as the domain of human emotion whereas the square symbolised matter.

Leonardo da Vinci was the archetypal example of the Renaissance ideal: the uomo universale. As a Renaissance man he engaged in almost every art and science from painting to composition and from philosophy to chemistry. Leonardo was born in the Tuscan mountain town of Vinci as the illegitimate son of a farm girl and a Florentine notary. He started as an apprentice to Verrocchio and rose to become an independent painter with his own studio. From 1482 1499, he worked for the Duke of Milan. Due to the French siege of Milan, he was forced to return to the region of his birth where he worked for Cesare Borgia as a military architect and engineer. For ten years, from 1506 onwards he worked in Milan and Rome. During the last three years of his life he was employed by the French King Francois I.